T. Haley's Visit, Along with T. Sophie and T. Ruthie

A few weeks ago, Haley visited us. First she had a detour in CT. While she visited, she went to the Lockwood-Mathews Mansion and Yankee Candle (it's like a tradition that Missy and Grandlinda take the traveling dolls there). She was here, along with Traveling Sophie and Traveling Ruthie, at one point. That's the most travelers we've had at one time! Haley, Sopie and Ruthie also went apple-picking and to the Keene Pumpkin Fest. Likewise, Haley and Ruthie took a trip to AGB-B.

Haley, Kirsten and Samantha also made some ghosts pops which Kirsten says she'll post about soon (she and Peter haven't been feeling well the past few days and even missed out on trick or treating last night.

Anyway, sorry I didn't get around to posting these when Haley was here. She left here on the 20th and Sophie left on the 27th (Ruthie's here until the Winter Fest). Here is Haley's album as well as one from their AGB trip, apple-picking the three travlers did, and the Pumpkin Fest.

Ruthie, Haley and Sophie at Pumpkin Fest, along with Molly J.. 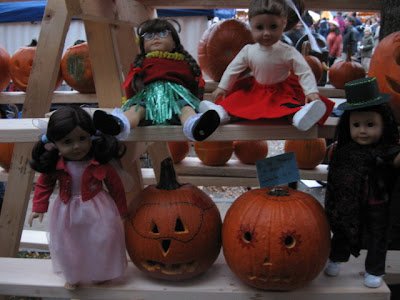 Haley and Sophie at the beach. 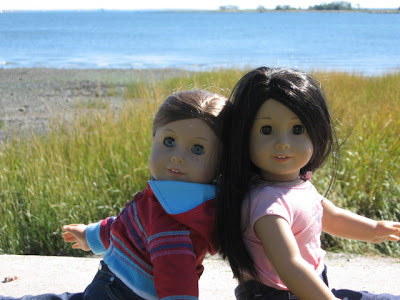 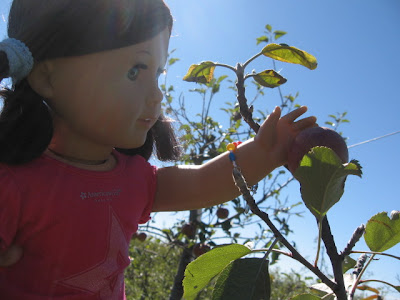